Hypothyroidism is a hormonal imbalance that can arise for a variety of reasons.

Typical symptoms of thyroid hypofunction are goiter, loss of power and tiredness. But goiter becomes only clearly visible when it takes up a lot of space in the neck, and there are many more symptoms than chronic fatigue, especially if there is a Hashimoto thyroiditis.

Usually, it is the result of loss or destruction of thyroid tissue. At the beginning of the disease, there may also be periods of hyperfunction due to the inflammatory process. In about one in ten people in the Western world, there are elevated levels of antibodies to thyroid tissue in the blood, indicating the Hashimoto thyroiditis - the most common cause of hypothyroidism. Women are 2-3 times more likely affected than men.

Hashimoto thyroiditis is an autoimmune disease. For unknown reasons, the immune system produces antibodies that impair thyroid function. So far, according to today´s, knowledge this is not curable. However, the symptoms can be treated well medically; and other forms of hypothyroidism can be avoided through prevention.

Hypothyroidism usually begins slowly. Initially, it usually causes no discomfort. That's why it is often diagnosed late. Even with clear symptoms many of the affected patients are not recognized in older age as the cause of hypothyroidism because the symptoms are dismissed as nonspecific old age complaints.

The symptoms - in addition to the enlargement of the thyroid gland - extremely varied:

Failure to adequately therapy of hypothyroidism during pregnancy may result in malformations of the skeleton and nervous system in the child. If the thyroid hormones are completely absent, mentally and physically severely handicapped children are born. For pregnant women are recommended 230-260μg iodine per day! (See also below to the topic iodine during pregnancy)

Hypothyroidism in infants and children

Infants with hypothyroidism are conspicuous calm, drink badly and have intestinal constipation. Suspicious is a large, often from the outside visible tongue. Older children grow noticeably slow. They come later into puberty and their intelligence can be diminished. If the diagnosis of hypothyroidism is delayed and baby or child does not receive the missing hormones on a regular basis, physical development may be hampered (mental disorders, short stature, skeletal malformations).

The recommended iodine intake dose for infants up to the 4th month is 40μg / day, then 80μg / day until the first year of life; from the 1st to the 4th year of life, it is 100μg / day and then at youth and adulthood, rising to about 200μg / day.

Hypothyroidism may be congenital, but it may also develop in the course of life. Then the cause can be in a disorder of thyroid-responsive cerebral control areas (at the pituitary gland or hypothalamus), or in the thyroid gland itself. There, for example, inflammation or tumors can cause this.

Much more common is hypothyroidism in the thyroid gland itself, where the causes can be the following:

If hyperthyroidism is suspected, the doctor usually ensures the diagnosis by determining the thyroid hormones and specific antibodies in the blood. In order to assess the condition of the thyroid, imaging techniques such as ultrasound or scintigraphy are used. In scintigraphy, a low radioactive agent is injected (the radiation exposure of regular scintigraphy is lower than in an X-ray).

In order to ensure the supply of iodine in large parts of the population, it would be conceivable to increase the iodine content of industrially, in baker´s and at home used table salt. The WHO recommends 20μg to 40μg of iodine per gram of salt.

According to studies from 1996 to 2009 in Germany in children of 6-12 years old (DONALD study) more than half of these children do not reach the recommended iodine dose.

Also, for a significant number of adults, there is insufficient (non-safe) care (predominantly mild iodine deficiency) in various European countries, for example in Germany, France, Greece, Ireland, Italy, Spain, Hungary, Romania. This rating is given by the current European Food Report 2004 by the International Council for the Control of Iodine Deficiency Disorders.

Depending on the species and portion size, a fish meal may cover the recommended iodine intake for more than one day. Therefore, a sea fish meal twice a week and the use of products with iodine salt (bread, cheese, etc.) are recommended. With about 25 mg of iodine in 1 kg of salt and a daily intake of 5 g of common salt per day, so about 125 μg of iodine can be taken up.

Seaweed or certain algae are extremely rich in iodine, especially brown algae, which are used, for example, as condiments. The red algae used for sushi contain less iodine. Depending on the species of algae, the iodine contents vary considerably and lie between less than 10 and over 10000 μg / g dry weight. So, even with 1 to 10g of algae, the maximum recommended intake of 500 μg iodine per day can be significantly exceeded. If there is a risk of hyperthyroidism, such algae products should be avoided.

Insofar as no fish or dairy products are consumed, or the diet is absolutely vegan, attention should be paid to the consistent use of iodized table salt and the iodine supply should be checked in the laboratory (level in Serum and urine). If necessary, supplements must ensure the supply.

The exact determination of the iodine requirement is difficult because within certain limits the body is capable of adjustments and stores iodine in the thyroid gland. A goiter usually does not appear until adults are lower in daily average than 50-80μg iodine for a longer period. Deficiency functions arise long before a goiter appears.

With a good supply, the thyroid can store about 10 mg of iodine, covering the need for about 3-6 months. A short-term reduced iodine intake thus does not immediately mean an iodine deficiency.

There is no so-called "iodine allergy" in context with the food iodine. Iodine as an ion or salt cannot trigger allergies because it is too small to be recognized as a foreign substance by the body. There are certain incompatibilities with complex iodine compounds, as they are found in iodine-containing X-ray contrast agents, disinfectants or a few drugs.

Since Hashimoto thyroiditis may also be associated with hyperthyroidism, iodine should only be given after a hormone determination by the doctors, as a pronounced hyperfunction is excluded.

Whether Hashimoto with a hypothyreosis additional iodine is to be given, is seen differently by the experts. Some experts believe that iodine should not be given more than is usually consumed with food. However, it should be ensured that the daily requirement of 200μg iodine is consumed daily (from iodized salt like in bread products), from marine fish and other marine animals, but also dairy products that have lower doses, but in the sum can contribute well.

There is no thyroid disease where it is necessary to completely eliminate iodine. Iodine is a vital trace element. The daily iodine requirement in adults is at least about 100µg. The recommendations of the nutritional societies, about 200 µg daily, are deliberately higher and include different safety supplements. As an indispensable component of the thyroid hormones thyroxine (T4) and triiodothyronine (T3), iodine controls energy metabolism, heart rhythm, blood pressure, growth and brain development. The strict avoidance of iodine is therefore not useful - not even in thyroid disease - and can be a problem for the body.

Women, also with autoimmune thyroiditis during pregnancy and breastfeeding should be given sufficient iodine intake (for pregnant women is recommended 230-260 μg iodine per day), as this is very important for the development of unborn children and later infants. Already a mild iodine deficiency during pregnancy can have a negative effect on the mental development of the child and lower the later IQ.

Therefore, women who have been diagnosed with autoimmune thyroiditis should, as a rule, take iodine tablets from the twelfth week of pregnancy during pregnancy and lactation, and the thyroid hormones should be monitored regularly. Often, these women anyway have a subfunction. If women safely consume about 230-260 μg of iodine per day via the diet, no extra supplementation is necessary.

- So, this does not mean that iodine is to bann in the case of thyroid hyperfunction during pregnancy, but women must be controlled and treated in accordance with national and international guidelines (Source Working Group Iodine Deficiency Germany). * See Table 1

A fresh and diverse wholefood diet with twice a week fish and seafood (from salt water) prevents iodine deficiency and thus the deficiency-induced hypothyroidism. Very important is the newborn screening; it always must be done for the early detection of hypothyroidism. In such an examination around the 3rd to 5th day of life, a drop of blood is dried on filter paper and the TSH value is determined therefrom. Thus, possible thyroid subfunctions are recognized promptly and can be treated as quickly as possible.

One additional important micronutrient for thyroid health and especially against hypothyroidism is the trace element selenium. Sufficient selenium is crucial for thyroid metabolism and has complementary healing effects on hypothyroidism. In studies, a positive effect of selenium could be demonstrated. Antibodies against thyroid peroxidase (TPO autoantibodies) decreased significantly. Also, the incidence of hypothyroidism decreased compared to placebo - by a significant 40%. So, some experts consider that an additional, moderate uptake of up to 200μg selenium per day can make sense.

In an Israeli study in 2011, it was found that patients with hypothyroidism more than twice compared to healthy people suffer from severe vitamin D deficiency. The vitamin D serum level should be analyzed and if necessary, vitamin D3 should be supplemented. Supplementation is anyway recommended for many people in winter season with low sun exposure on the skin (see Newsletter 10).

In addition to iodine or vitamin D certainly other vitamins and important fatty acids (such as omega-3 fatty acids) as well especially the phytochemicals matter and play an important role in thyroid issues of prevention or complementary therapy of thyroids diseases. 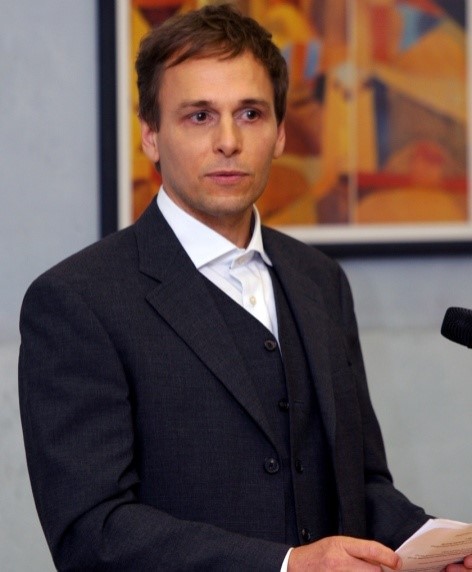 Prof. Dr. Werner Seebauer is Dean of Studies – Association of German Preventologists, Head of Preventive Medicine Department of Institute of Transcultural Health Sciences (European University Viadrina) and Head of Preventive Medicine – NESA (The New European Surgical Academy). Since 2000, prof. dr. Werner Seebauer worked only in preventive medicine, after ten years spent at the Frankfurt University Hospital. He is also involved in the medical professionals training for nutrition and prevention.